Following a period of practice in Perth, Mr Shanahan completed a Masters of Law with Honours at the University of Sydney (1988-1990). After finishing his Masters degree he taught at Macquarie University, worked for the Public Interest Advocacy Centre (PIAC) and was a legal advisor in the Department of Prime Minister and Cabinet based in Canberra. After returning to Perth in 1993, Mr. Shanahan lectured at Murdoch University until resuming practice at the bar in June 1994. Upon his return to full time practice he continued to teach part time at Murdoch until 1997. During his time at Murdoch, Mr. Shanahan was involved in the establishment of the Southern Community Advocacy Legal and Education Service (SCALES).

Mr. Shanahan played an integral role in establishing the Bar Readers Course in Western Australia, which was first presented by the WA Bar Association in 2004. Mr. Shanahan has served as a member of the Australian Bar Association’s Advocacy Training Council from 2007-2017, and was a performance coach at the ABA’s advanced advocacy training courses and appellate advocacy courses between 2007 and 2018. He has also taught in the South-Eastern Circuit’s advanced advocacy course at Keble College, Oxford (2005 and 2010).

Mr. Shanahan formerly served as an Acting Commissioner of the Corruption and Crime Commission on a part time basis between 2005-2010 and 2014-2016. He has published extensively on a number of topics including administrative law, statutory interpretation, advocacy, professional obligation, property, native title and tort. 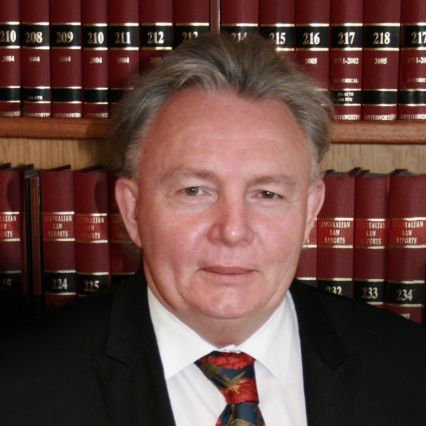