Since 1987, John has mediated hundreds of disputes in areas of law including family property, succession, insurance and child disputes. He has a specialty in family property disputes.

John has extensive experience in providing formal training to legal practitioners on mediation, negotiation and arbitration. He has organised and taught over 300 courses on these subjects in Australia, the United Kingdom, Hong Kong, Indonesia, New Zealand, and the United States of America.

John was a consultant to the Australian Law Reform Commission 1983-1987, was Acting  Dean of the Bond Law School from 1991 to 1993 and was the chair of the Family Law Council of Australia (2008-2010). He also has an ongoing role as a visiting professor to a range of universities in the United States.

John has authored over 100 articles and books on mediation, family law and legal education. He was the founding joint editor of the Legal Education Review, and is an editor of Australian De facto Relationship Reporter (loose leaf) and Australian Family Law and Practice (loose leaf).

In 2011, John was named as one of the top nine commercial mediators in Australia by the International Bar Association. In 2013, John moved to Canada with his family and continues his mediation practice and teaching there. 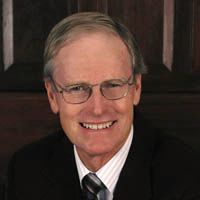