Michael Kirby was Australia’s longest serving judge before his retirement from the High Court of Australia in February 2009.

Michael Kirby has also had an extensive and varied career beyond the judiciary during his time on the bench. He has served on three university governing bodies, as well as many national and international bodies. Some of the bodies he has served on include the World Health Organisation’s Global Commission on AIDS (1988-1992); President of the International Commission of Jurists, Geneva (1995-1998); as UN Special Representative Human Rights in Cambodia (1993-1996); a member of the UNESCO International Bioethics Committee (1995-2005); member of the UNAIDS Reference Group on HIV and Human Rights; and member of the High Commissioner for Human Rights’ Judicial Reference Group (2007-present).

Since retiring from the judiciary, Michael Kirby was elected President of the Institute of Arbitrators & Mediators Australia and served from 2009-2010. He also serves as Editor-in-Chief of The Laws of Australia.  He has been appointed Honorary Visiting Professor by twelve universities. In addition to this, he participates regularly in many local and international conferences and meetings.  He has also been awarded many honorary doctorates.

Post his judicial retirement; Michael Kirby has also continued his strong involvement with international organisations. His more recent involvement in this sphere includes: member of the Eminent Persons Group which was investigating the future of the Commonwealth of Nations (2010-2011); UNDP Global Commission of HIV and the Law (2010-2012); being appointed in 2010 to the Arbitration Panel of the International Centre for Settlement of Investment Disputes (World Bank); and being appointed as a Commissioner of the UNAIDS Commission on Sustainable Health (2013-2014). In 2014, he was elected Vice-President of Vice-Chair of the Human Rights Institute of the International Bar Association, and in 2015 he became a member of the High Level Panel on the Equitable Access Initiative to Fight AIDS, Tuberculosis and Malaria with the Global Fund.

In 2013, Michael Kirby was appointed to head the Commission of Inquiry on Alleged Human Rights Violations in the Democratic People’s Republic of Korea. This appointment was made by the President of the UN Human Rights Council, pursuant to a resolution by this body.

Michael Kirby has also been the recipient of awards such as the Gruber Justice Prize (2010) and the Leo Nevas Award for Human Rights (2014), awarded by the United Nations Foundation of United States of America. 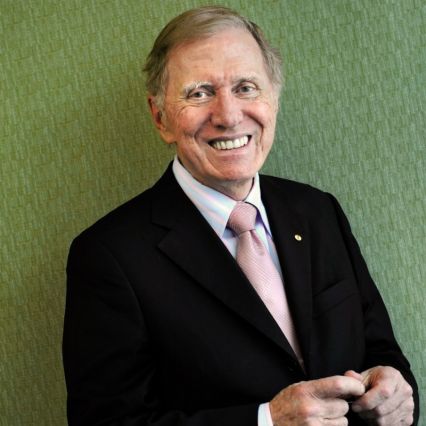