Margaret Thornton is a Professor of Law at the Australian National University and an internationally recognized scholar in the fields of discrimination and the law, legal education and the legal profession. She also has particular interests in social justice, gender and diversity.

Professor Margaret Thornton has held a Chair as Professor of Law at the ANU since 2006, and was made an Emerita in 2019. She formerly occupied the Richard McGarvie Chair of Socio-Legal Studies at La Trobe University. She has also held visiting fellowships at Oxford, London, Leeds, Columbia and Osgoode Hall (Canada). She has degrees from Sydney, UNSW and Yale. She is a University Medallist in law and a Barrister of the Supreme Court of NSW and the High Court.

She has published monographs on discrimination and the law (The Liberal Promise: Anti-Discrimination Legislation in Australia, Oxford University Press, 1990), women and the law, including the only book-length study of women and the legal profession in Australia: Dissonance and Distrust: Women and the Legal Profession, Oxford University Press, 1996 (published in Chinese by the Law Press, Beijing, 2001) and legal education: Privatising the Public University: The Case of Law, Routledge, 2012.

Professor Thornton has also edited a number of books and published more than 200 articles and book chapters. In 2006-12, she held an ARC Professorial Fellowship for the project, ‘EEO in a Culture of Uncertainty’. Recent funded research projects include ‘Balancing Law and Life’, a study of gender and corporate law firms in a global context, and ‘Flexible Law’, a study of NewLaw practices.

Professor Thornton has an extensive career in teaching law and supervising research and doctoral students, in addition to serving on numerous federal and State committees. She is a Fellow of the Academy of Social Sciences in Australia and a Foundation Fellow of the Australian Academy of Law. 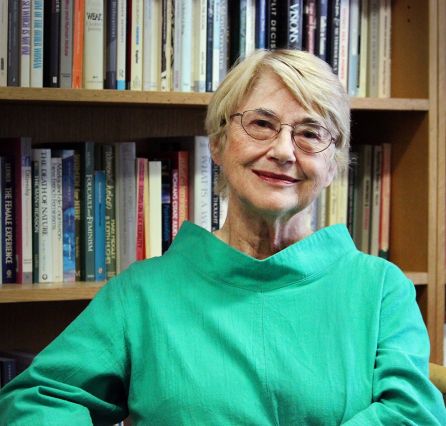