Ahead of the 2021 NSW Women Lawyers Achievement Awards, we spoke with Pauline Wright, NSW Woman Lawyer of the Year 2019, president of the NSW Council for Civil Liberties, and past president of the Law Council of Australia. Pauline shared with us insights she gained throughout her impressive career and expanded on her vision for the criminal justice system.

If you weren't a lawyer, what work would you do and why?

To be honest, it's tough to imagine my life not as a lawyer because it really is a passion of mine. I am passionate about theatre, writing, music and art, so if I couldn't be a lawyer, I probably would work with something in those areas.

You're an advocate for civil and human rights and have spoken publicly on these subjects a number of times. Where does your passion for this area of law come from?

I developed a great sense of justice and fairness pretty early on - I remember even at school getting so angry if I saw something that I didn't think was fair. I first started practicing as a criminal lawyer in the 1980s. Back then, there was quite a deal of low-level (and high-level) corruption in the NSW Police, and I would always feel a sense of injustice when I observed that. For example, I would see police deliberately lying in court to get an outcome that they decided was the right outcome. That seemed utterly wrong and unfair. That led me to become involved with the NSW Council for Civil Liberties in 1988, and I've continued to be involved until now, because I firmly believe in the work we're doing.

You've dedicated your life to the law. Looking back, are there any pivotal moments that shaped your career as a lawyer?

I’ll start with more of an observation than a big moment. In criminal law, you see many people who have made poor choices and done awful things, but that does not mean they are bad people through and through. They've done a bad thing and they deserve to be brought to justice as a result - but when their punishment is over they should be rehabilitated and able to be part of society again, not punished for the rest of their lives. I realised this after talking to hundreds and hundreds of clients that had been charged with criminal offences, and it helped me understand the criminal justice system. I believe that if you're not fair in the criminal justice system, then the whole of society becomes unfair because it seeps through to everything else.

I believe that if you're not fair in the criminal justice system, then the whole of society becomes unfair because it seeps through to everything else.

The first key thing that happened to me was when I first graduated from Macquarie University. I was offered a job at one of the large city law firms, but once I'd spent some time there, I realised - pretty quickly - that it wasn't for me. Luckily, I was offered a job with a much smaller firm. The law firm was located in the south-western suburbs, and being an upper north shore girl, this was completely different from my own life experience. I wanted to practice criminal law, and this was my chance to do it, and it completely changed my life.

My second pivotal moment was when I went into practice in partnership with a friend. I'd had enough of being an employed solicitor, and I wanted more flexibility to make my own way and control how I spent my time. I was still doing a lot of theatre and music at that stage, and I wanted the freedom to do those things.

I've never stopped loving criminal law either, though, so they're my two passions in law - environmental and criminal - I love them both.

You've shared that you have a lot of different interests, including writing, singing, theatre, and acting. Do you find any of these influence your daily work?

I think they do. For example, as an actor, you're putting yourself in another person's shoes, which helps when dealing with people from different walks of life, helping you become more empathetic. It enables you to understand the perspectives of another person - especially if they are not like you.

If you find a hobby that allows you to lose yourself completely, it helps you cope with the stresses of your practice.

My writing helps me become a better observer, which helps me in my practice. It is a stressful occupation being a lawyer, and I believe that music and singing give me relief from all the day's tensions.

If you find a hobby that allows you to lose yourself completely, it helps you cope with the stresses of your practice.

You've been involved in a wide range of interesting cases - from battling to protect pygmy possums for 10 years to secure an acquittal for Jonda Stephen, who was wrongfully charged and imprisoned for murder. What has been the most memorable court case of your legal career?

These two cases stand out. In the case of Jonda Stephen, I couldn't understand why she was charged with murder in the first place. The circumstances were that her de-facto husband ferociously beat her. He was bashing her with an iron, and he struck her in the head several times. Later, it turned out she had a fractured skull. But it was clear from the photographs at the police station that she was terribly injured. During this assault, she picked up a small knife on the sideboard next to where the assault was taking place, and she stabbed her assailant once, clearly in self-defence

... this was the clearest case of self-defence that I'd ever seen.

Since he died, of course it had to be investigated, but the circumstances were so clear that it was self-defence. It seems strange that she was charged with murder rather than an alternative charge like manslaughter, of which I'm confident she would also have been acquitted. But a charge of murder turns your life upside down. The impact on your employment, people's perceptions of you - all of those things are enormous when charged with murder. But this was the clearest case of self-defence that I'd ever seen. There were bits of broken iron on the floor in the room, and they found forensic evidence in the vicinity that corroborated what she said had happened.

This is undoubtedly a case I felt very passionately about, and it was a privilege to act for a person like Jonda Stephen. Jonda is a beautiful human being, and she's still suffering, not only from the trauma of the assault and having killed someone - even if it was in self-defence - but from the trauma itself. She is an incredibly resilient human being, and I admire her very much. I also had the pleasure to work with a fantastic barrister, Peggy Dwyer, who did some brilliant work on this trial. It was a wonderful thing to see Jonda acquitted.

You've held leadership positions in a number of different professional bodies, including the Law Council, Law Society of NSW, and the NSW Council for Civil Liberties. What have you learned through these different leadership roles, and how have they shaped your approach to leadership?

They're all three very different bodies. I was involved with the Law Society of NSW for many years before I became the president. My time at the Law Society of NSW taught me that you couldn't storm your way through and achieve a leadership role. You have to learn how to bring people with you. In that way, it was a great training ground in many ways on how to lead people collaboratively.

Being president of the Law Council of Australia was a huge privilege and honour. But 2020, when COVID-19 struck, was a challenging year to be leading the profession. There was so much upheaval in both our society and in the legal profession. That year, my main objective was to ensure that the legal system kept operating and that lawyers could continue doing their important work and representing their clients in court. I think we managed to do that, and I felt so proud of the legal profession in Australia. There were many new things to learn and adapt to. All of these things we managed to achieve, and the legal system ticked on.

Being president of the NSW Council for Civil Liberties, I suppose, is the culmination of my life's work.

Being president of the NSW Council for Civil Liberties, I suppose, is the culmination of my life's work. They are a group of dedicated and selfless people who give their time to this vital work. It restores your faith in humanity - even if we don't always win the battles we embark on - we still manage to achieve a great deal. They are a group of dedicated human beings who stick up for other people's rights and liberties, and I love that in a person.

What excites you about the new generation of lawyers?

The quality of analysis and thinking, energy, and enthusiasm that I come across from the new generation of lawyers is just so exciting. I see many young lawyers volunteering for the Council for Civil Liberties, and the amount of insight and understanding they have is brilliant. I think that comes from exposure to vast volumes of readily available information. Some of the young lawyers I meet are brilliant in cutting through the rubbish, discerning the serious information from the disinformation, and are really impressive in their ability to grasp and analyse world affairs and events.

I believe that once we get a critical mass of women at senior levels of leadership in our profession, the judiciary, and in politics, women will have even more opportunities, and they'll flourish.

Of course, I'm also really excited about the rise of young women lawyers in the profession. I believe that once we get a critical mass of women at senior levels of leadership in our profession, the judiciary, and in politics, women will have even more opportunities, and they'll flourish.

Who is one person you really admire?

It's difficult to choose one among all the incredible people I’ve met throughout my life. But one person I did admire was the Honourable Jane Matthews AO. She died the year before last. Janet was the first woman to be appointed a judge in the Supreme Court of NSW (in fact, when she was appointed to the District Court, she was the first female judge in NSW), and she was also a keen mentor of younger women in the legal profession. She was a patron of the NSW Women Lawyers for a long time, and she gave generously to young women to see them do well. I had numerous wonderful discussions with her on all sorts of issues. She had such a brilliant intellect and achieved great things at a time when women were rare in the profession. She embodied all of those qualities that I admired in a human being - not just in a woman. She was a strong, intelligent, compassionate, empathetic, well-rounded human being and a great judge.

LawCPD is the proud sponsor of the Women lawyers association of NSW 2021 Community Lawyer of the Year Award.

GET YOUR ANNUAL CPD COMPLIANCE SORTED IN ONE CLICK 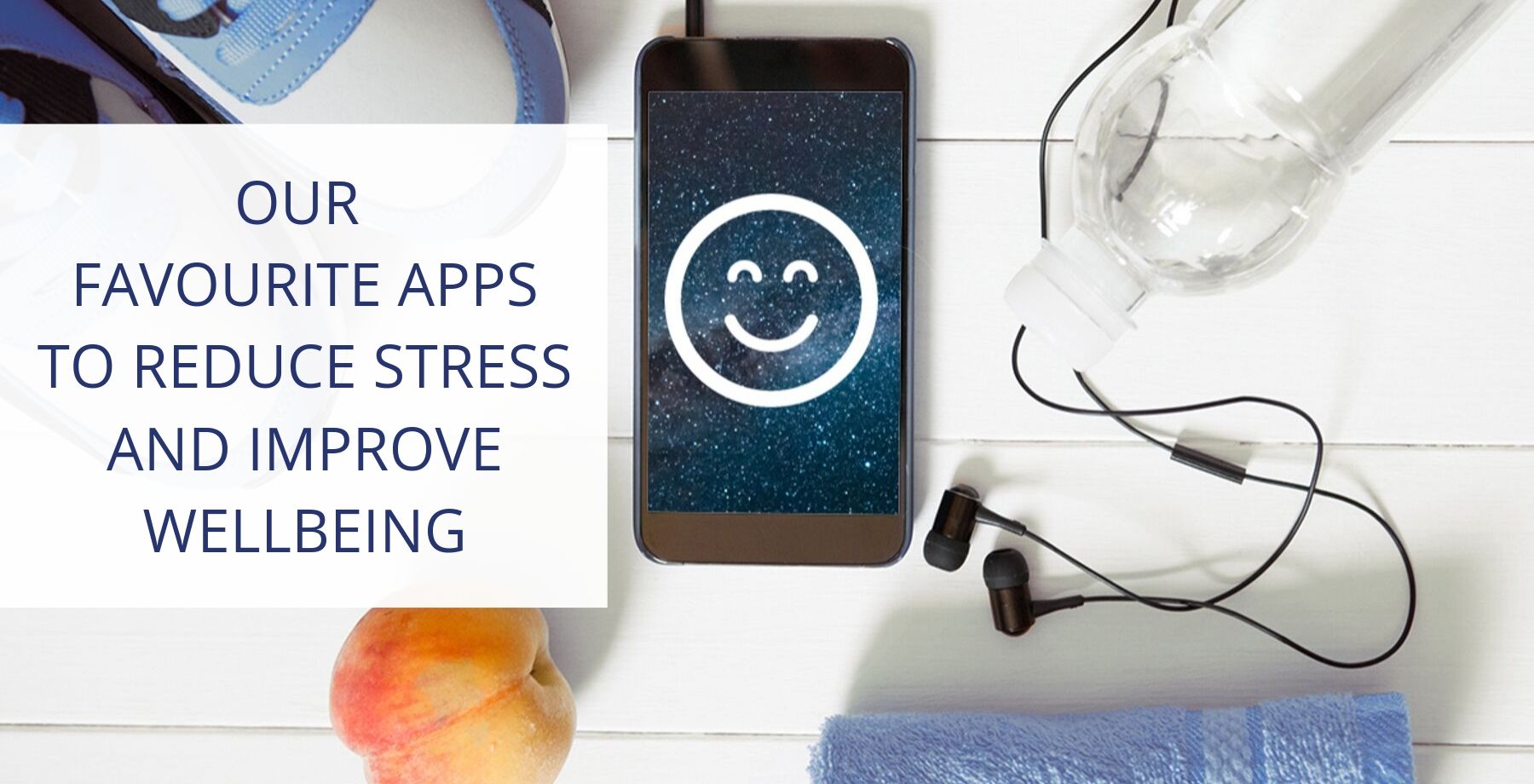